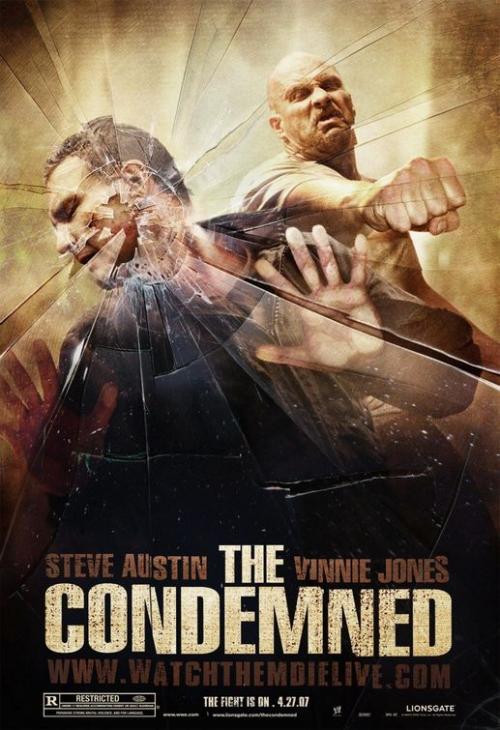 I have been a life-long die hard WWE and wrsetling fan and more in particularly a HUGE fan of the Texas rattlesnake Stone Cold Steve Austin.Here is a T-Shirt worn by Austin in his role as Conrad in The Condemned.Due to the rips,tears and holes in the shirt this shirt can be matched to the one Steve wore during the first fight scene after his arrival on the island in the screencap above.Just great to have something from one of the most legendary wrestling performers of all time.And that's the bottom line cos Stone Cold said so!!!!!!!!!!!!!!!

Â©2006 Star Wars themes are Â© John Williams and LFL.All pictured props are Â© Niall Balmer and are not to be reproduced.All Star Wars motion picture images are Â© LFL.This is a site purely for fans.